What would you say to aspiring scientists?
“Focus on impact instead of titles. Keep trying new things even if you don’t succeed. The experience itself is always worth it.”

Esther Greeman is a Research Technician at Dr. Randy Bruno’s Lab. She is also a former high school chemistry teacher, a current e-commerce owner, and an aspiring founder of a future nonprofit organization. Outside of her day job, she champions plant-based diets and crafts non-toxic plant-based candles. What is the story behind this colorful person?

Since high school, Esther has delighted in learning science. From dissecting frogs in Biology to examining rocks in Earth Sciences, she loved how hands-on she could be as a scientist. Her enjoyment of experiential learning extended even to a subject people typically shy away from: human gross anatomy. “It was the first time I saw a human cadaver. I could toggle around and feel different textures of human body parts,” marvels Esther as she recounts her biology labs in high school. What was particularly fascinating to Esther was witnessing the surprising parallels between the body parts of other animals and human bodies: “It felt cool to understand the internal systems of life; digestion and excretion were processes that occurred in other organisms too.”

To pursue her love for learning, Esther explored a variety of research experiences in college. During the summer before her freshman year, she received an offer from her alma mater, Oakwood University, to conduct research through the Alabama Louis Stokes Alliance for Minority Participation (ALSAMP) program. What left a particularly lasting impression on her was how research led to new discoveries about the world: “I could do lab work that results in a new way of thinking about a phenomena.” She continued to pursue this fascination of discovery through the Increasing Minority Admission into Research Institutions (IMARI) program during her undergraduate studies. With this program’s support, she rotated through labs across institutions to observe different scientific fields. It was only after a few rotations did she finally find a field she liked: behavioral neuroscience. Behavioral neuroscience is a field that explores how the nervous system shapes how people interact with the world around them. It is in this field that Esther sees the potential to improve people’s lives. For example, by understanding how stress impacts the brain, we will be in a better position to interact with others and take care of our own mental health.

Driven by a desire to make an impact with behavioral neuroscience, Esther decided to apply to MD/PhD programs after college. As she studied for the MCAT, Esther worked as a high school teacher. As a fresh college graduate, Esther easily connected with her students, who were not that much younger than her. A particularly memorable experience was creating meme stickers as a way to support her students’ learning. The idea was wildly successful: her students started collecting them, and Esther continues to sell these stickers on her Etsy shop to this day. Finding creative ways to engage the students like this was something Esther took pride in. “If you really want someone to learn, you have to figure out how they learn in order to serve them,” she explains. Beyond her engagement with the students, her role as a teacher revealed how much she cared about educating the general public as well. At this point, however, Esther was growing increasingly fatigued by the bureaucracy of the traditional education system. For example, Esther did not have the flexibility to adapt the curriculum to her students’ needs as she wished. “There’s a lot of politics in big established schools.” She decided to transition out of her job as a high school teacher.

“If you really want someone to learn, you have to figure out how they learn in order to serve them!” 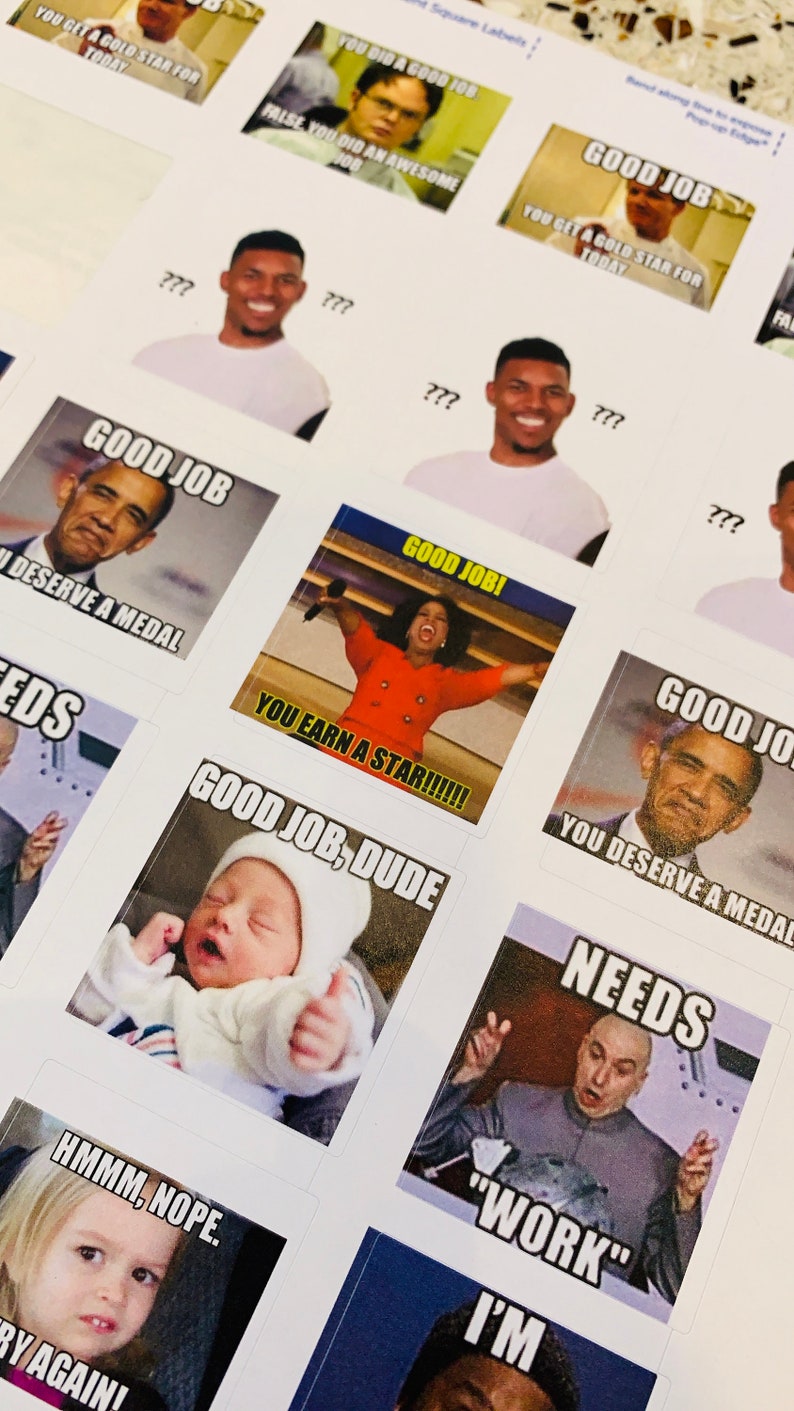 As Esther continued to apply for MD/PhD programs, she accepted a job as a research technician in the Bruno Lab. In the Bruno Lab, she works with previous postdoctoral neuroscientist Y. Kate Hong and current postdoctoral neuroscientist Chris Rodgers to study neural circuits in mice. Specifically, her work examines the behavioral neuroscience of sensory perception using mouse’s whiskers. Mice are highly reliant on their whiskers as a means to explore their surroundings. By stroking their whiskers over a surface, a mouse can determine an object’s orientation, shape, and texture, much like how humans use their fingertips. Spending time training the mice to walk the same path in a maze prompted her to reflect on how she builds her habits. “The principles of behavioral training used to train mice can be used to get my little cousin to do something,” she adds cheekily. Esther stresses that the possibility to change behavior remains a key theme that continues to inspire her. She now voraciously consumes educational content on habit formation and decision making in humans.

“I learned about how to be a leader from Chris Rodgers. You don’t necessarily need to have a title to have an impact. Leadership is not hierarchy-based.”

As intriguing as it may be, mice-training tactics were not the only things she learned in the Bruno Lab. “I learned about how to be a leader from Chris Rodgers. You don’t necessarily need to have a title to have an impact. Leadership is not hierarchy-based.” Besides learning from her direct supervisor, she has a variety of mentors — graduate students in the Bruno Lab and other colleagues at Zuckermann Institute — that models to her how to pursue passion at work and also balance other valued priorities, such as family. Her peers, too, continuously support her in demanding more from herself to create the impact she wants to see in her communities.

A year into her job at the Bruno Lab, an unexpected challenge emerged. “I was rejected from the MD/PhD programs. It felt so defeating, and I doubted myself for a quick second.” The rejection spurred Esther to dig deeper in her life. As she scrutinized her choices, Esther realized there were many parts of being a physician that did not excite her. What she most wanted was to create a direct impact on the communities around her, and she could still do so without working in medicine. One of the options that stood out to her was the old passion of community-based education, but through the new lens of non-profit work.

This revelation encouraged Esther to pursue a Masters in Nonprofit Management at Columbia. What drives her to do nonprofit work is the promise of educating the general public. “I really believe that anyone that has a brain— which is everybody—  should have some basic understanding of neuroscience. It has changed so much about the way I view myself and other people.” Spearheading community-based education not only allows Esther to achieve her mission of bringing neuroscience education to the masses, but it also grants her the agility to adapt curriculum to the needs of the audience which large educational institutions are less likely to offer. As Esther continues to work at the Bruno Lab, she feels that her current program is “exactly where she’s supposed to be.” Initially, her motivation to get a MD/PhD was to gain the authority needed to obtain funding for big projects. Now, she believes that she can still create change from the ground up. “I’ve accepted that I’m just going to bet on myself,” she laughs. “At least for me, I am focusing on gaining the skillsets I need instead of purely chasing qualifications.”

“At least for me, I am focusing on gaining the skillsets I need instead of purely chasing qualifications.”

Esther’s spirit to cultivate life-long learning in both herself and the people she teaches is an intentional choice. “Some people may think of doing non-profit work as a sacrifice. As a Christian, the word sacrifice has a special meaning to me.” For Esther, non-profit work is a way of empowering those around her. By bringing neuroscience education to people of all walks of life, Esther believes that everyone will be better informed in the ways we connect with others and ourselves.

Esther’s passion for finding ways to apply behavioral training techniques from the lab to daily life powers her through the initial stages of starting a non-profit organization. Currently, she breaks down her mission to deliver community-based neuroscience education into a specific goal: develop and maximize systems for habit-building and learning. With such a growth mindset, this is only the beginning of what Esther can do.